Changes to the law on driving while using a mobile phone 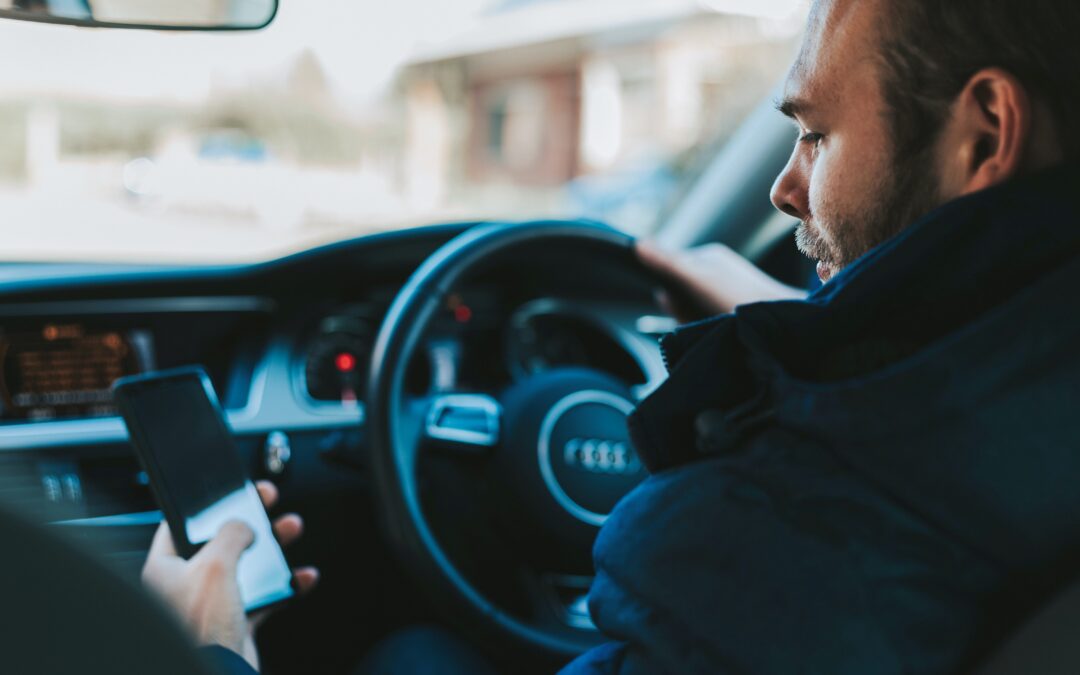 A change in law which toughens the rules around mobile phone use behind the wheel has come into effect.

It’s illegal to use a hand-held device such as a phone, sat nav, tablet, or any device that can send or receive data, while driving or riding a motorcycle.

This means you must not use a device in your hand for any reason, whether online or offline.

The law still applies to you if you’re:

There are a few exceptions – if you need to call 999 or 112 in an emergency and it’s unsafe or impractical to stop, or if you are making a contactless payment at a drive-thru. For everything else, you must wait until you are safely parked before using a hand-held device.

Previous law had stated it is a criminal offence to use a hand-held mobile phone to call or text while driving. However, a legal loophole allowed drivers to evade punishment for other actions such as taking photos or videos.

The new law came into effect on 25 March 2022 – and means anyone caught using their hand-held device while driving will face a fixed penalty notice of £200 or a fine of up to £1000 and six points on their licence.

You can read more about the legislation, exceptions, and penalties on gov.uk.

Using a phone, sat nav or other device when driving
It’s illegal to hold a phone or a sat nav while driving – you’ll get penalty points, a fine and can be banned from driving.

THINK! have launched an £800,000 awareness campaign to raise awareness around the legislation changes. The new campaign ‘Guardian Mates’ includes a series of short films and a radio ad which use the power of influence and respect between mates to help drivers tackle the temptation to pick up their phone.

You can find out more about which cookies we are using or switch them off in settings.

This website uses cookies so that we can provide you with the best user experience possible. Cookie information is stored in your browser and performs functions such as recognising you when you return to our website and helping our team to understand which sections of the website you find most interesting and useful.

Strictly Necessary Cookie should be enabled at all times so that we can save your preferences for cookie settings.

If you disable this cookie, we will not be able to save your preferences. This means that every time you visit this website you will need to enable or disable cookies again.